An individual path of spiritual development, visible in the arts, in social forms and in practical initiatives. 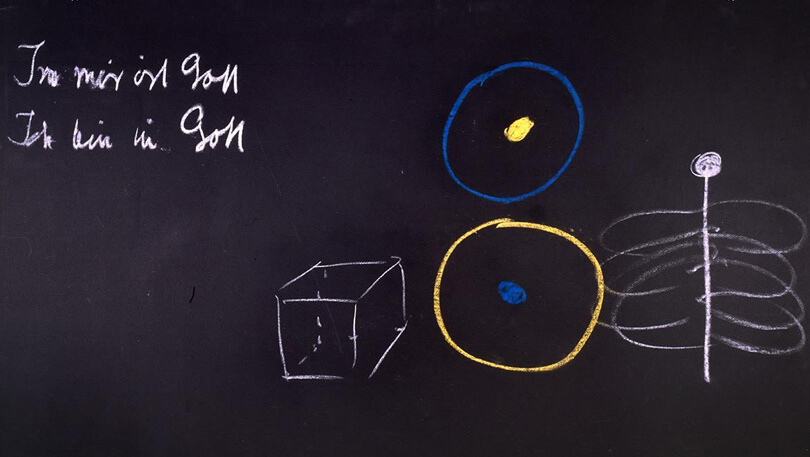 The word ‘Anthroposophy’ comes from the Greek (anthropos meaning ‘human’ and sophia meaning ‘wisdom’). Translated it means ‘wisdom of the human being’. It can be understood in contemporary terms as ‘an awareness of one’s humanity’.

There are two threads working together within Anthroposophy: an expansion of perception and knowledge (spiritual realism); and, the development of individual responsibility for actions (ethical individualism).

Anthroposophy provides an individual path of spiritual development, visible in the arts, in social forms and practical initiatives.

Globally there are thousands of institutions and initiatives that were inspired and founded out of Anthroposophy: colleges, schools, curative education, social therapy, residential homes and workshops; health clinics, medical practices and pharmaceutical companies; biodynamic farms and training; banks; businesses; art schools, drama and movement groups; and countless other projects, programmes and groups of people working together. They are all connected by their endeavours to apply spiritual knowledge to the work they do, and their will for that knowledge to bear fruit. 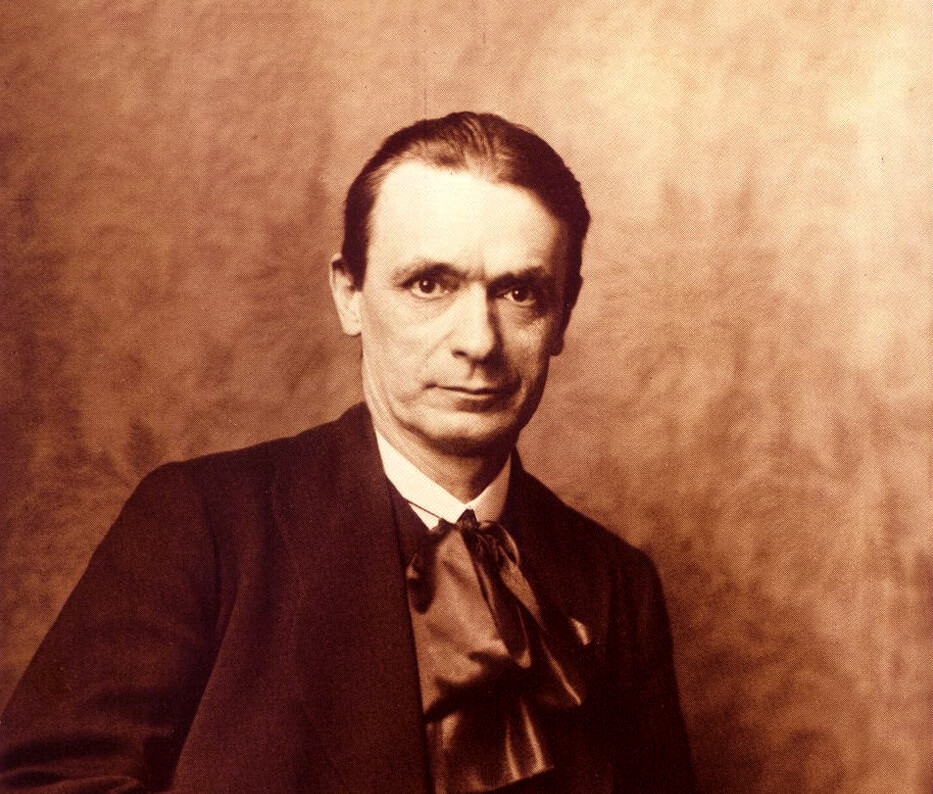 During his lifetime Steiner travelled and lectured widely through Europe and Britain. Recognising the need for social change, he stood at the vanguard of society, with the ideas and new perspectives that he brought to many professions and fields. Today they continue to provide inspiration and fresh impulses for cultural life around the world.

His early work was informed by the writings of Johann Wolfgang Goethe, of which he was a translator and commentator. He began the Anthroposophical Society in Germany in 1912 out of his work with the Theosophical Society.

In the early 1920s Steiner began to work with members of the Society to form practical institutions and activities of Anthroposophy including the first Waldorf School. During this time Steiner also founded the School of Spiritual Science. The School had a number of ‘sections’, which still exist today, including those dedicated to education, medicine, performing arts (including eurythmy) and agriculture as well as many more.

For further reading on the life and work of Rudolf Steiner a good starting point is Rudolf Steiner: A Biography by Christoph Lindenberg (Author), Jon Mcalice (Translator), 2012 and Rudolf Steiner: An Introduction to His Life and Work by Gary Lachman, 2007. 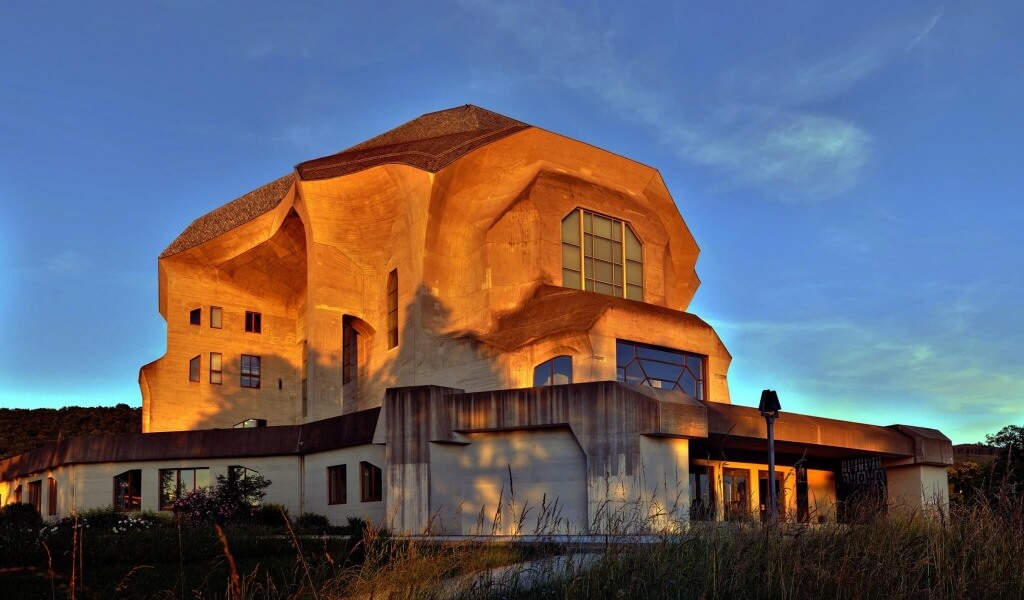 The Goetheanum is the cultural centre of a network of people dedicated to Anthroposophy spiritually and in their work and actions. It is the headquarters of the School of Spiritual Science and the General Anthroposophical Society. A wide spectrum of activities and events are run out of the Goetheanum, including exchanges over spiritual issues and training in artistic and scientific fields. Events can be as simple as a lecture or as complex as a large scale international conference.

It is home to research and training activities in many areas including education, agriculture, medicine, arts and science. It has its own performance spaces, and welcomes touring as well as local ensembles in eurythmy, puppetry, music and drama. It is also the hub of study and activity in Spiritual Science within twelve core areas known as sections.

The first Goetheanum was designed by Rudolf Steiner, who also oversaw its construction, beginning in 1913. It was destroyed by fire on New Year’s Eve 1922. The Second Goetheanum was also designed by Steiner and although construction began in 1924 it was not completed until 1928 after Steiner’s death. The building is made of cast concrete and contains a number of performance, lecture, study, gallery and library spaces.

At present the Goetheanum is undergoing major renovations on the stage, roof and outside walls. 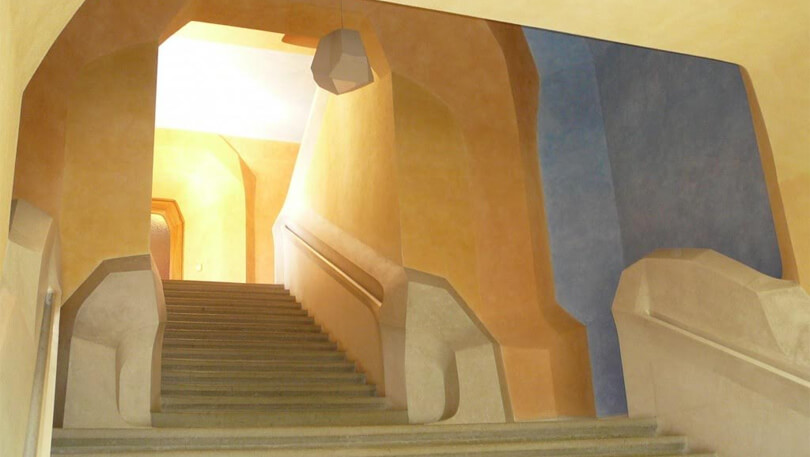 In 1924 Rudolf Steiner developed a course of study based on meditative exercises that lead “The spiritual in the human being to the spiritual in the universe”. This became the catalyst for the work of the School of Spiritual Science. Steiner launched the School when the General Anthroposophical Society was founded during a conference at Christmas 1923. He began establishing the School directly after the conference and planned to organise it into three Classes and various Sections. Steiner established the First Class during a programme of study and spiritual pursuit during 1924 but was unable to establish the Second and Third Class before he became ill and subsequently passed away in 1925. The School of Spiritual Science is sometimes referred to as The Class.

Rudolf Steiner had led an esoteric school from 1904 to the beginning of World War I. The three Classes of the School of Spiritual Science represent a metamorphosis and further development of that school.

“In essence Anthroposophy for me is the connection to the spiritual world and how that relates to myself and my way in the world.”

“It imbues so much of the work I do and my personal transformation. By finding it, it has now informed all that I have done and the deeds I now put out into the world. It’s so abundant, there’s almost an everlasting nature because one can go deeper and deeper into anthroposophy and I feel it’s going to accompany me forever.”